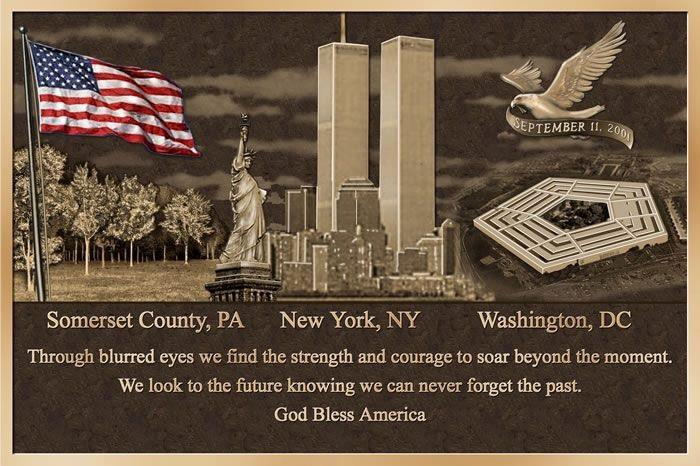 One of the biggest acts of terrorism in the American history occurred on September 11, 2001 with thousands of innocent lives being lost in the attack at New York, Virginia, and Pennsylvania. Three of the four jet planes that were hijacked crashed into the Twin Towers of the World Trade Center in New York and the Pentagon in Arlington, Virginia causing the deaths of 2,977 men, women, and children. The fourth jet plane United Airlines Flight 93 was bravely taken control by its passengers who crashed it near a field in Shanksville, Pennsylvania and prevented it from crashing into Washington DC saving many lives. These brave souls who died or, were injured are remembered with utmost honor, and remembrance. The tragedy has left the scars of loss that will never fade away.

To remember the families, friends, relatives, co-workers, first responders, and service members who died inside the collapsed towers and the burned wreckage, you can wear customized Buttons to honor these innocent lives lost. You can organize events where people can donate for the grieving families by purchasing commemoration Hand Fans.

So, ask everyone to join in participating in simple acts of kindness which will help to build stronger communities and remember the day in peace and somberness. Try raising fund by selling customized Mugs in the honor of the affected families in this attack.

Hold special remembrance services and prayer meeting, distributing customized Wristbands during the prayer sessions in honor of the innocent victims and their grieving families.

By paying tribute to the families who still live with the pain of their lost family members and reflecting on the act of valor, you can participate or take initiatives for acts of charity. You can organize events and encourage people to purchase customized Stadium Cups as souvenirs to give back to charitable causes for women, children, aged, and disabled.

You can giveaway custom souvenir Tattoos that everyone can wear in honor of the family members, friends, neighbors, co-workers, survivors, and rescuers, who were taken from us. This can inspire people to engage in charitable services like providing foods at old homes, refurbishing homes, honoring, and supporting the veterans, and rescuers.