In this article, we introduce you to the five different types of shot glasses, and we’ve included five different drinks that go with them, too! Deck the halls and throw your bottoms up, because this article just might make you thirsty. Read on! 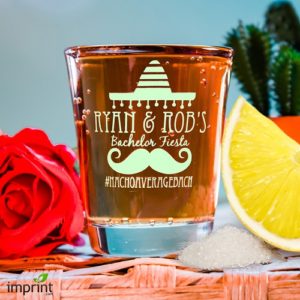 This kind of shot glass can be found anywhere, from bars, nightclubs, to even the common house bar. A standard (or basic) shot glass usually holds around 1.25 to 1.5 fluid ounces of liquor, making it highly convenient and popular around parties. Standard shot glasses can be made out of any material—glass or plastic, and is built thick on the bottom and the sides to avoid unnecessary sloshing of your drink.

Of course, we can’t have a discussion about shot glasses without talking about the classic shot! To do this, take some salt, a slice of lemon or lime, and of course, your liquor—usually tequila, but you can use vodka as well. Step one: drop some salt onto the back of your hand and lick it up. This activates your saliva and preps your mouth for the alcohol. Step two: take the shot of alcohol! Lastly: suck on the lime/lemon wedge to clear your mouth of the bitter taste. 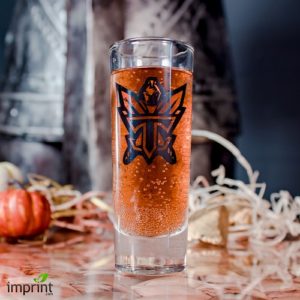 Tall shot glasses are, true to their name, taller and narrower than the standard glasses. It may seem as if they hold more alcohol due to their height, but don’t let that fool you! Tall shot glasses hold the same, if not less amount of alcohol. Due to this illusion, this glass is great for those that want to nurse their shots for a couple of sips. These shot glasses are also great for drinks that evaporate quickly, like shots en flambé, or set on fire.

A good drink that goes with the tall shot glass is a shot called the Witching Hour. It may sound sinister, but it’s actually a pretty sweet drink! Combine dark cacao liqueur and bitters in a glass, then top off with a dollop of cream. It’s a great way to start the night if you’d rather have something more subtle and sweet that you can nurse! 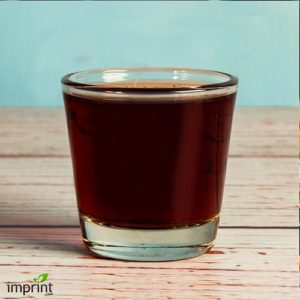 Unlike the standard shot glass, pony shot glasses are much shorter (hence the name). These shot glasses offer only a space of one fluid ounce, and are usually used in mixed drinks, in which an ounce of alcohol is poured into a bigger volume of a different alcohol. Pony shot glasses are also good for beginner shots—easier to drink, and less burn on the throat and belly!

You might think there isn’t much to do with pony shot glasses, but we’d like to correct that! Since you’ll only have room for one ounce, you can experiment with two strong liquors at once. You can try the adventurous Onding, a combination of Tequila Blanco and Absinthe. Both liquors at once in large quantities would wreak havoc on your system, but in a tiny quantity, it’ll get you properly tipsy in a snap! 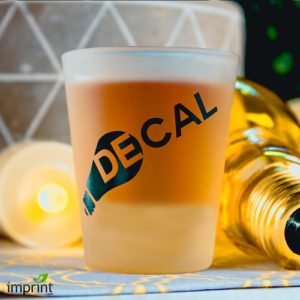 Since cheater’s shot glasses also only hold around one ounce each, you can take spicier drinks without being too overpowered! One such drink is called the Flatliner, made with Sambuca, Tequila Blanco, and some hot sauce. Pour one part of Sambuca first, then give it a little splash of hot sauce and tequila. Because of the different densities, the hot sauce will look like a flat line through the drink! 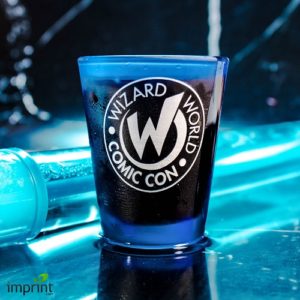 Since we’re talking about a glass made for whiskey, the drink of appropriate choice would be whiskey as well! Taking whiskey has some specifications as well, for you better enjoyment of it. For example: did you know that drinking whiskey with ice is generally a no-no? Ice reduces the whiskey’s temperature too much and freezes its aroma. A splash of water is best to cool down the strong effect!

When it comes to printed goods like shot glasses, cups, and whatever else you may need customized, Imprint.com is the way to go! We craft your items with care and cutting-edge ideas that you won’t even have to stress about anything at all. At Imprint.com, we give consideration to our customers’ needs and wants, at such affordable prices. So for your customized goods, come on down to Imprint.com!